External Affairs refers to the relationships Guam has with regional and international actors. This can include matters of immigration, trade, and Guam’s participation in international organizations.

About External Affairs in Guam

As a non self-governing territory under the administering power of the United States, Guam does not have a seat in international organizations like the United Nations nor does the government have the power to enter into treaty agreements with other countries. To the international community, Guam is part of the United States although U.S. domestic law says otherwise. Guam’s status limits the platforms on which the people can present critical issues facing the island like climate change, immigration, and indigenous rights to the regional and international community. As a result of Guam’s lack of control over external affairs, decisions surrounding matters such as reunification with the Northern Mariana Islands requires Congressional approval.

The power delegated to the U.S. president cannot be halted in treating “Guam as a closed port with respect to the vessels and aircraft of foreign nations.” (Organic Act of Guam)

In furtherance of an agreement with the Government of Japan, the DON plans to relocate 5,000 USMC personnel and 1,300 dependents from Okinawa to Guam. (Reinitiation of the 2015 Biological Opinion on the Department of the Navy’s Relocation of U.S. Marine Corps from Okinawa to Guam and Associated Activities on Guam, 2016)

The “Guam Buildup [will] transform Guam…the westernmost sovereign [sic] territory of the United States, into a hub for security activities in the region,” intended to “deter and defeat” regional aggressors. Guam will be ground zero for mega-militarization in the Pacific and beyond. (Koohan Paik, “Living at the ‘Tip of the Spear,’” in The Nation, May 2010)

The overarching purpose of the proposed action [on the military relocation] is to meet international agreement and treaty requirements and to fulfill U.S. national security policy requirements to provide mutual defense, deter aggression, and dissuade coercion in the Western Pacific Region. (Record of decision for the final supplemental environmental impact statement for Guam and the Commonwealth of the Northern Mariana Islands military relocation)

Guam maintains observer status rather than member status in the Pacific Islands Forum because it is a territory of the United States. 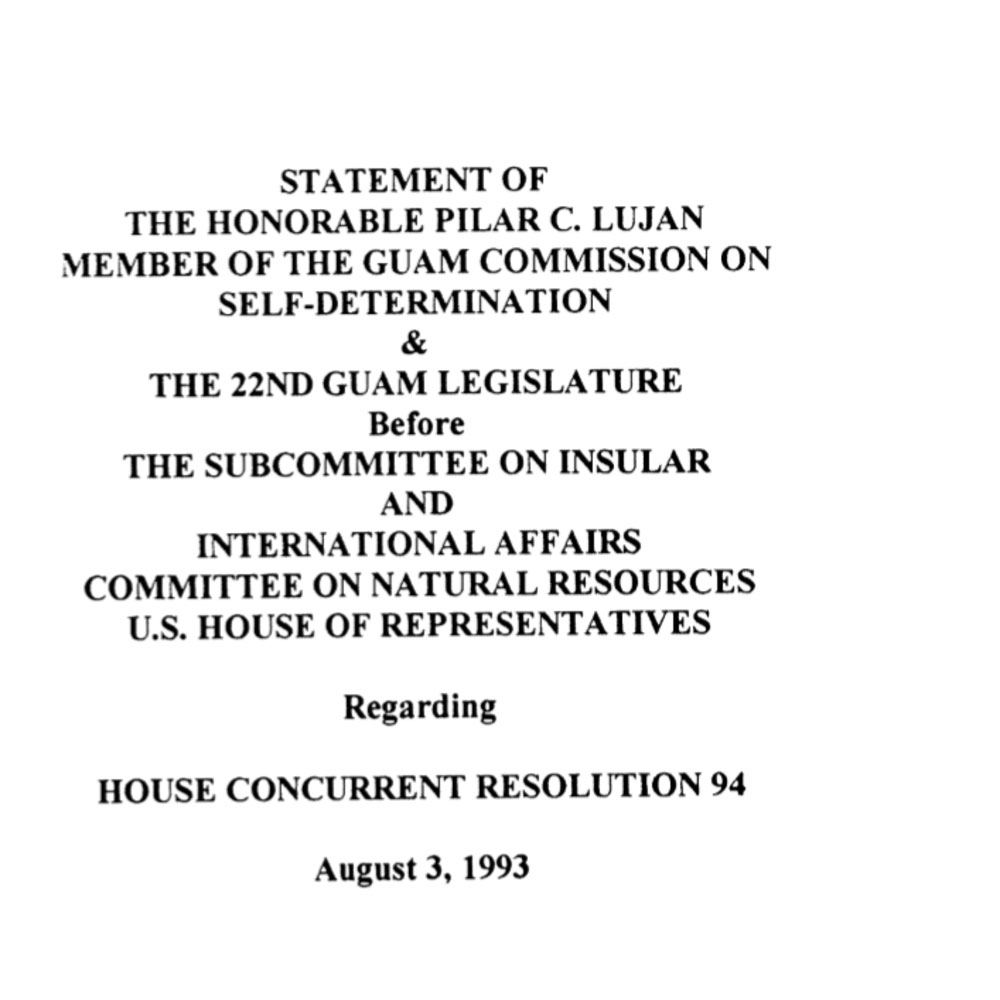 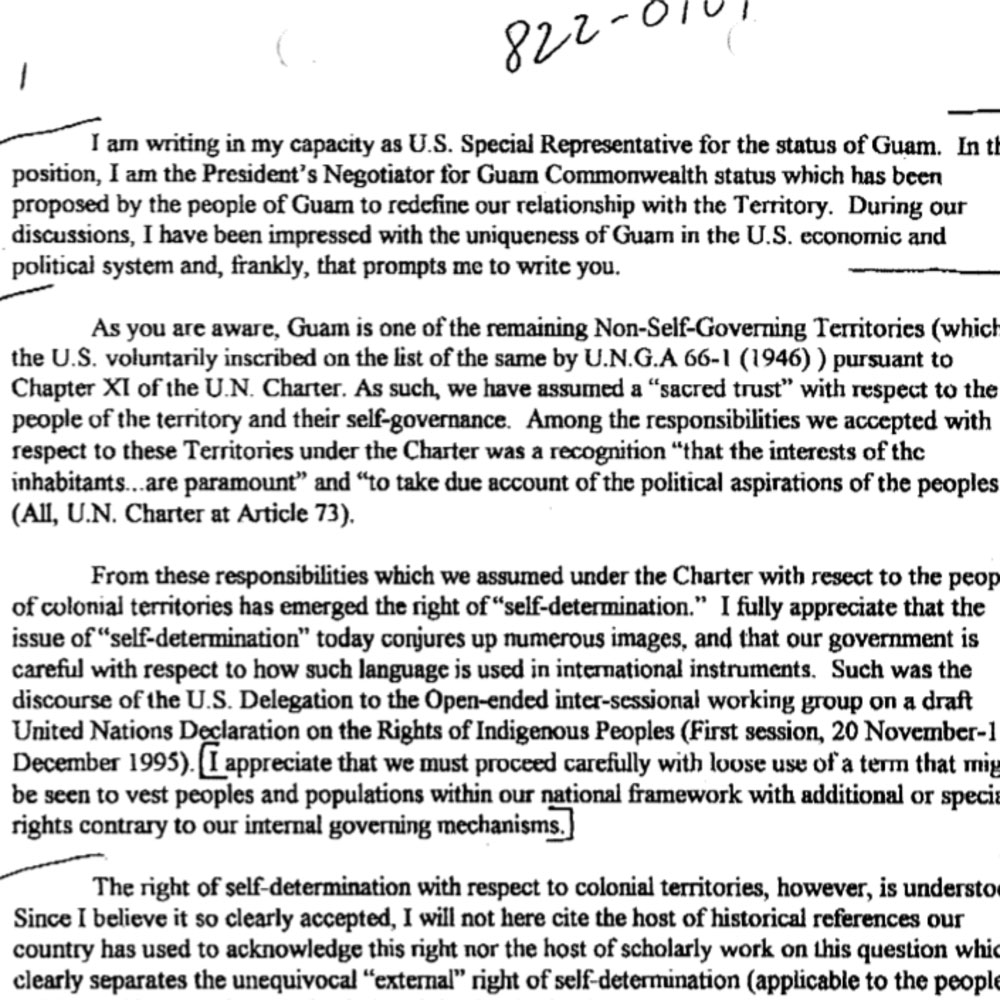 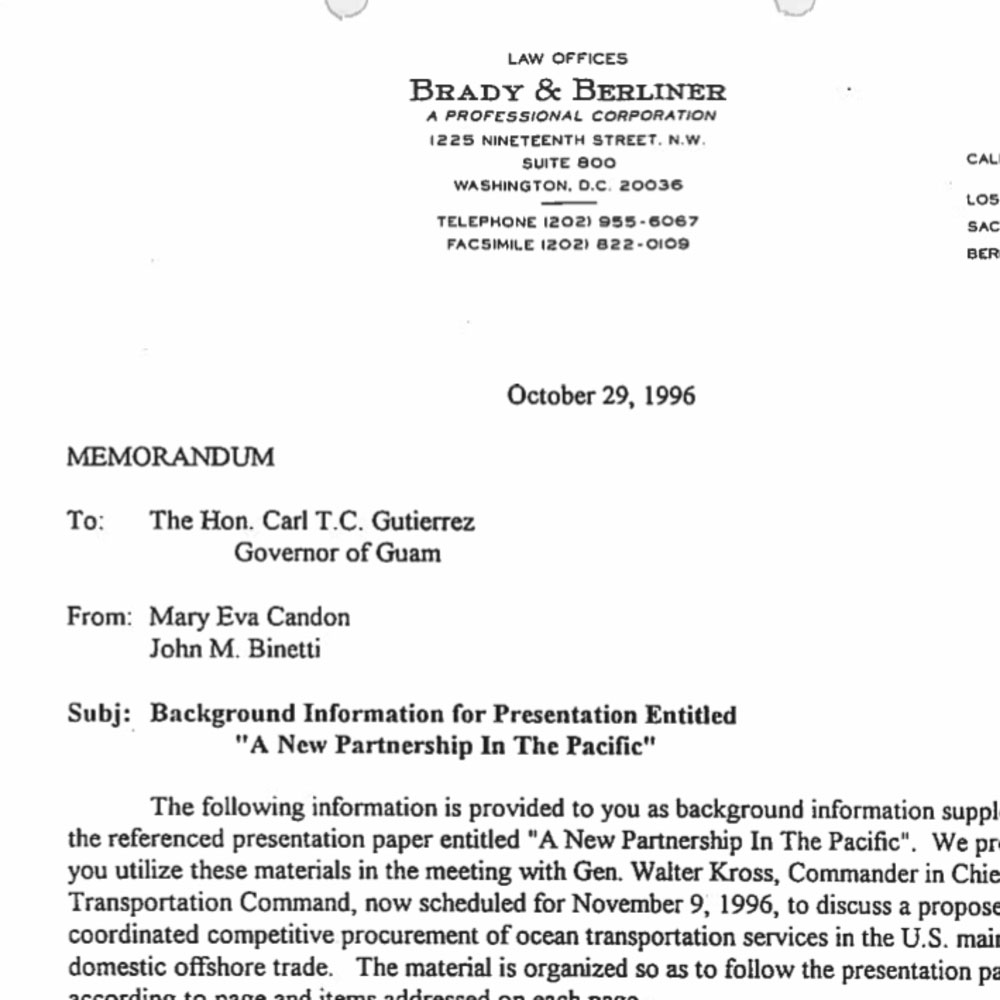 A New Partnership in the Pacific by Candon and Binetti (1996)